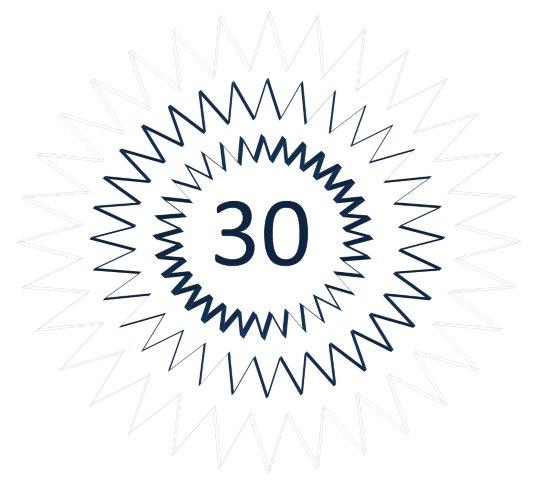 To start a business in isolation 165 miles away from where all the others were situated might have been considered a little risky, but that’s how Harlequin Agency began back in the summer of 1986.

There was a government scheme that gave you a monthly grant to set up an enterprise. Between that funding and kind financial support from Dennis I had enough to get started. I formed a partnership with Liz Deakin (who worked with my husband Peter) and went from there. We decided that we wanted to be across a lot of things and that’s the reason we named the company Harlequin – the face of many traits. At the time companies used to be called by the name of the owner but we wanted to be different. Harlequin was also an international name. We offered artist management to singers and instrumentalists, supplied music to choirs and did publicity for festivals, purely to see what worked.

Now, thirty years later, the business has grown and developed beyond any vision or expectation that Doreen may have had. In starting from scratch it was obvious that established singers would not be queuing outside the office wanting to join an agency with no track record. Doreen felt the way forward was to attract singers while they were still studying and use her experience to guide and develop their careers. This was a sensible long-term policy which paid dividends sooner than expected.

Arguably, every new business needs a stroke of good fortune, an unexpected door to open or, preferably, an idea or product which is unique. Harlequin’s good fortune came about on a rainy day in a muddy field at the National Eisteddfod in Porthmadog in North Wales in 1987. It was there that Doreen first heard a young Bryn Terfel sing.

I used to teach young singers in Pontarddulais and all the pupils were talking about a boy called Bryn Terfel - his name cropped up everywhere. I managed to hear him at the National Eisteddfod prelims in Porthmadog and knew instantly that he was special. I was in the process of arranging a showcase in Cardiff at the time and so I invited Bryn. He got a few engagements and the relationship grew from there. We’ve sort of grown up together.

A little known fact is that Bryn once cleaned my kitchen. He came to stay with me when we were doing the Messiah together at St David’s Hall. Between teaching and developing the agency I was very busy and unfortunately when Bryn turned up I couldn’t offer him a cup of tea because I didn’t have any milk. I went out to buy some and by the time I came back he had cleaned the hob!

This partnership saw the amazing rise of both Bryn’s career and Harlequin’s business. In 2012, when Doreen decided to sell the company, Bryn became co-owner together with the independent television company, Boom Cymru and in 2013, Harlequin Media, the agency’s broadcast division was established. Programmes to date include Bryn Terfel’s Christmas (2013 & 2014), Only Men Aloud: The Boys and The Show and the BBC National Orchestra and Chorus of Wales’ 2015 St David’s Day Gala concert with Bryn Terfel for S4C.

Behind the Scenes: Who's Who

Peter Tansom joined the company in 1992 as an administrator, specializing in databases and promotion.  After years of supposedly ‘un-paid’ work Doreen decided to marry Peter in January 1999. Peter dedicated 22 years to building Harlequin before retiring in June 2014.

Eryl Phillips, originally from Aberfan, South Wales graduated from Colchester University. She became Doreen’s personal assistant in 1994 but left in 1999 to pursue a career in education.

Sioned Jones joined Harlequin in August 1999, initially as an assistant to Doreen and working on Bryn Terfel’s Faenol Festival. She then became an Assistant Artist Manager, supporting Doreen more fully with her artist roster. She was promoted in 2012 to Artist Manager, heading up the newly formed Young Artist Division where she nurtures the talent of the future.

Lynne Jones started working for Harlequin in February 2001 as an office clerk. During her time with Harlequin she has supported Doreen and the other artist managers by working in all aspects of the agency. Lynne is now more involved in the financial and contractual side of the company.

Rhian Williams joined in 2012 as an artist manager. In 2013 she established and became executive producer of Harlequin Media, the agency’s broadcast division. Rhian is currently on maternity leave and will return in early 2017.

Carys Davies joined Harlequin in October 2014 as an Administrative Assistant, becoming increasingly involved in the marketing and communication side of the business. Carys now manages the marketing and social networking for the company in addition to being the newsletter editor.

Matthew Todd joined Harlequin in May 2016. A long-time associate of Harlequin, Matthew began his career in 1998 with IMG Artists before moving to the London Philharmonic Orchestra and then returning to IMG Artists in 2010 to work on its festivals business.  Since 2014 Matthew has been running his own company, producing concerts including Bryn Terfel's 50th birthday gala at the Royal Albert Hall in October 2015.

Matthew will work with the Harlequin team: Rhian, Sioned, Lynne and Carys to continue the management of Harlequin's roster of artists.

Doreen brought to the business a deep knowledge of the industry and a lifetime of experience – all of which will be sorely missed. She was an agent, manager and coach rolled into one and everyone at Harlequin has looked to her for advice and support.

It's been a great journey; I've seen the world, heard the best singers in the world and had the privilege of helping great talent blossom into international careers. I have every confidence that Matthew and the team will take Harlequin onwards to future success.

To think that thirty years ago there were no mobile phones, laptops, faxes or e-mail and all communication was through letters, telephone conversations and face to face meetings.

What will happen in the next thirty years? I hope the company will go from strength to strength. The world has changed so much since I founded Harlequin on my kitchen table in Splott. It’s time to re-write the formula and develop the company further. I have every confidence that the team will be successful in their efforts. I tried several avenues when I started out, it might be time to try something new.

We thank Doreen for her huge contribution to the music business over the past 30 years and wish her an incredibly happy retirement.