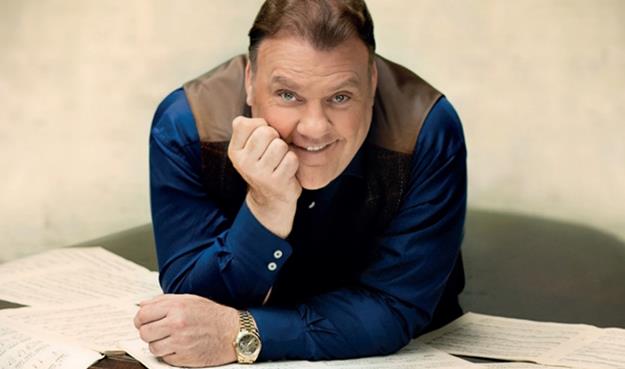 After five years, Sir Bryn Terfel is back with his eagerly-anticipated new studio album ‘Dreams and Songs’ – to be released on 14th September on Deutsche Grammophon. It’s a collection of his favourite tunes, recorded in brand new orchestral versions and including some special guest duets.

Acclaimed worldwide for tackling the biggest opera roles, Sir Bryn’s new album shows his lighter side with popular concert pieces, traditional Welsh songs, musical hits and entertaining encores. Among the pieces on his new album are ‘If I Were A Rich Man’ from Fiddler on the Roof, Welsh folk song ‘Ar Lan y Môr’, Irish ballad ‘The Fields of Athenry’ and one of his party pieces, ‘The Golfer’s Lament’. There will also be a host of famous guest artists to be revealed in the coming weeks.

Sir Bryn says: “It’s always a joy to be back in the recording studio, especially to record some of my favourite concert repertoire.  Songs and duets, some humorous encores that I just adore to sing, and was champing at the bit to record.  And how lucky I am to share the album with some incredible artists, and to record at the amazing, iconic Abbey Road.  All in all, as in ‘The Fields of Athenry’, dreams and songs to sing.”

Alongside his new album, Sir Bryn Terfel continues to give major performances around the world, including the title role in Falstaff at London’s Royal Opera House in July, opening the National Eisteddfod of Wales in August, and reprising his title role as Sweeney Todd at Zürich Opera in December.

Sir Bryn Terfel has established an extraordinary career, performing regularly on the prestigious concert stages and opera houses of the world. He is a Grammy, Classic BRIT and Gramophone Award-winning bass-baritone with a discography encompassing operas of Mozart, Wagner and Strauss, and more than 15 solo albums including lieder, American musical theatre, Welsh songs and sacred repertory. Last year he received a knighthood for his service to music.

In 2015, Sir Bryn marked his 50th birthday and 25 years in the profession with a special one-off gala concert at the Royal Albert Hall, presented by Hollywood star Michael Sheen. The celebrations continued at Cardiff’s Wales Millennium Centre, where he sang Scarpia in a special concert performance of Tosca with the Welsh National Opera.

Equally at home on the concert platform, his highlights range from the opening ceremony of the Wales Millennium Centre, BBC Last Night of the Proms and the Royal Variety Show, to a gala concert with Andrea Bocelli in Central Park, New York, and for nine years, he hosted his own festival in Faenol, North Wales.