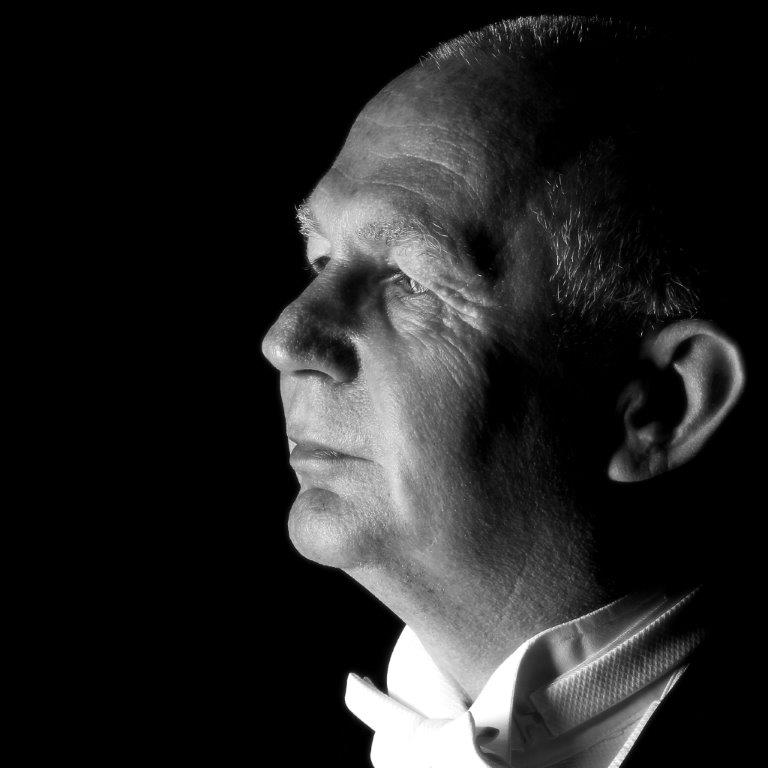 The National Symphony Orchestra have announced that Paul Bateman, known
not only for his extensive conducting experience, but also for his world-class
arranging work, is joining them as Principal Conductor as from November 2018.
Paul Bateman will be taking on the role at a time of renewed energy and direction
for the orchestra, building on the NSO’s rapidly increasing national and
international profile.

Paul Bateman:
“I could not be more delighted to become Principal Conductor of the National Symphony
Orchestra. I’ve known and worked with many of their members for many years and I feel that
together we will all be very keen to make music of the highest standard. I also know that we
share an enthusiasm for making music that will become abundantly clear to audiences around
the world. I look forward to taking the orchestra forward to ever greater heights of
achievement.”

Artistic Director of NSO Justin Pearson:
"I am thrilled that Paul Bateman has agreed to become NSO's new Principal Conductor. He joins
the orchestra at a particularly exciting time, when very many projects are coming to fruition. Paul
possesses a wide range of musical skills, bringing a vast wealth of experience and a firmly
established international reputation. Our professional relationship has grown alongside a strong
personal friendship over many years. The musical versatility required by NSO with its hugely
varied musical projects means that Paul is perfectly placed to build on the impressive legacy
created by Anthony Inglis, meaning a seamless transition is possible. The appointment has met
with universal approval by members of the orchestra and we look forward to performing abroad
and working in the studios here in London, as well as continuing to give popular concerts for
which the orchestra is closely associated."

Matthew Scrivener, NSO's leader:
"Paul is a genuine pleasure to work for as is not only an excellent conductor, but also a great
musician."

Paul Bateman has conducted the London Symphony, Royal Philharmonic, BBC Concert and
Russian National orchestras amongst many others. Paul Bateman has conducted for a whole
host of celebrated artists including Sir Bryn Terfel, Jose Carreras and Sir Paul McCartney, and
has an enviable reputation as an orchestrator and arranger, most notably on recordings for
Lesley Garrett and Daniel Hope.

Notes to Editors:
The National Symphony Orchestra is one of the longest-established and most versatile
professional freelance orchestras working in Britain today. It is increasingly performing many
regional concerts and making recordings of classical repertoire under the baton of Russian
conductor Rimma Sushanskaya, whilst working with NSO’s newly-appointed Principal Guest
Conductor, John Andrews. Foreign touring to Korea and China is currently planned for 2019. It
has an impressive recorded legacy as well as a busy diary of live concert performances. The
NSO is admired for both its versatility, its ability to communicate, connecting with audiences with
commitment and passion.

In early 2018, the orchestra topped the classical charts for weeks in a collaboration between
presenter Alan Titchmarsh and composer Debbie Wiseman named “The Glorious Garden”. In
2017, NSO again occupied top spot with a recording of new music in Debbie Wiseman’s
“Musical Zodiac”. The recent release of the film “Edie” starring Sheila Hancock features NSO on
its soundtrack. NSO return to Abbey Road this November with Debbie Wiseman and Stephen
Fry.

In May 2018, NSO toured to Spain with Katherine Jenkins and Alfie Boe and in June NSO was
proud to play at the ceremony marking the handover to the nation of the new DNRC
Rehabilitation Centre in Loughborough in the presence of the Duke of Cambridge and Prime
Minister Teresa May.

In the Autumn of 2018, conductor Anthony Inglis and the NSO returned to Cunard’s RMS Queen
Mary 2 for the latest in a series of annual, and invariably sold-out, Last Night of the Cunard
Proms Cruise performances. The NSO is pleased that this relationship with Cunard continues to
flourish. The orchestra enjoys a special relationship with Warner Leisure Hotels, performing a
series of Prom concerts through 2018. www.nso.co.uk
Artistic Director: Justin Pearson
Leader: Matthew Scrivener

Paul conducted and orchestrated Lesley Garrett’s albums A Soprano in Hollywood and A North
Country Lass and his orchestrations also appear on many of her television programmes. He
conducts film music concerts all over the world and has recorded many film music albums for
Silva Screen Records in Prague. He has conducted over thirty albums of film music including two
volumes of Hitchcock film scores, albums of the music of Bernard Herrmann, Maurice Jarre,
John Williams and Ennio Morricone, and collections of Korngold, Steiner and Tiomkin. His total
discography now includes over seventy recordings, many of which feature daily on Classic FM.
Paul conducted the Philharmonia Orchestra for the album Idylls and Elegies – the music of John
Jeffreys and a new recording of John Jeffreys’ Violin Concerto , yet to be released.

Paul first appeared at Sir Bryn Terfel’s Faenol Festival in 2000 and was invited to return in 2002.
He conducted the Norwegian Radio Orchestra for the Nobel Peace Prize concerts in Oslo from
2000 to 2002, accompanying a dazzling array of international artists including Sir Bryn Terfel,
Barbara Hendricks, Jessye Norman, Santana and Sir Paul McCartney.

Paul Bateman’s association with the Royal Philharmonic Orchestra goes back several years,
having conducted their ‘Filmharmonic’ and ‘Film Music Gala’ concerts at the Royal Albert Hall for
ten consecutive years, many concerts in the UK and a tour of Korea. He also made two
recordings of Filmharmonic with them and for Sony Classics, recordings with violinists Eijin
Nomura and Vanessa-Mae.
For Sarah Brightman he has conducted recordings of his own arrangements with the LSO and
RPO and gives concerts with her all over the world. In 2009, 2010 and 2014 Paul conducted
summer concerts in Malta for tenor Joseph Calleja with the Malta Philharmonic Orchestra, the
most recent with Sir Bryn Terfel as his guest.

2013 saw the beginning of a fruitful relationship with Deutsche Grammophon when he worked
as an arranger on albums for Piotr Beczala and Daniel Hope, who also commissioned Paul to
write a suite for violin and orchestra based on the songs of Kurt Weill and a suite of Gershwin
songs. In November 2013 he conducted for José Carreras in Japan.

Recent albums with the RPO and LSO include the music of Oliver Davis (Flight, Dance and
Liberty), and a new recording for Sarah Brightman. With the City of Prague Philharmonic he has
also conducted the début albums for sopranos Joanne McGahon and Margaret Keys.
Most recently he conducted the Czech Philharmonic and Royal Philharmonic orchestras for Sir
Bryn Terfel’s new album ‘Dreams and Songs’, which also features his new arrangements.
www.paul-bateman.com