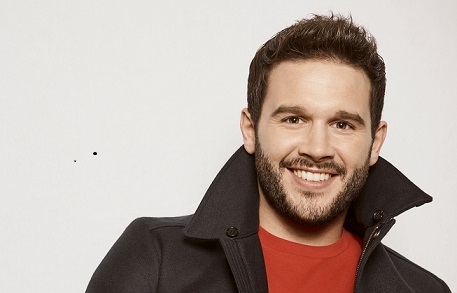 We're delighted to announce that Welsh tenor Trystan Llŷr Griffiths has been named as a 2018 HSBC Laureate of the Académie du Festival d’Aix en Provence. He was first engaged at the Festival as a member of their Mozart Residency back in 2015, and was subsequently invited back last summer to perform the roles of First Armed Man and Second Priest in Simon McBurney's production of Die Zauberflöte at the Festival. He follows in the footsteps of another Harlequin Artist, Icelandic bass-baritone Andri Björn Róbertsson who was also named as an HSBC Laureate for 2014.

HSBC France has been sponsoring young talent in association with the Académie du Festival d’Aix since 2006. The HSBC France group supports these young artists – the HSBC Laureates – chosen among the Académie’s most promising talents, enabling them to build on the experience they have gained during the Festival and to perform in recitals and concerts in France and abroad.

Trystan's upcoming plans include the role of Kudrjash in Kátya Kabanová for Scottish Opera (a role he made debut with for Opera National de Lorraine in Nancy last year) and his role and Festival debut as Don Ottavio in Don Giovanni for Garsington Opera.