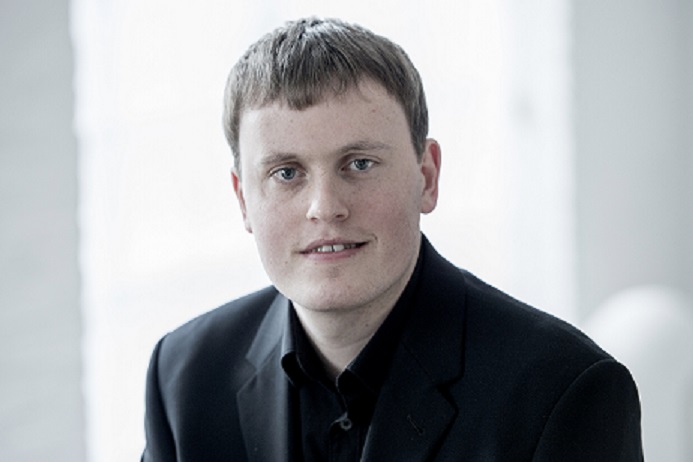 Jâms is an exceptional and versatile pianist who enjoys the variety of performing as both a soloist, a chamber musician, and vocal accompanist.

Originally from Anglesey in North Wales, Jâms read Music at Girton College, Cambridge, where he was also a choral scholar. In 2016 he completed a Masters at the Royal Academy of Music where he then stayed on as a Fellow.

As a soloist, Jâms has performed repertoire including Beethoven’s Third, Fourth and Fifth Piano Concertos and concertos by Chopin, Brahms, and Mozart.

As a vocal accompanist, he has performed in recital with artists such as  Ailish Tynan, James Gilchrist, Sir John Tomlinson, Robert Murray, Nicholas Mulroy, Robert Murray, and Andrew Kennedy at festivals such as the Leeds and Oxford Lieder Festivals. He recently accompanied Australian soprano Lauren Fagan in the Song Prize at the BBC Cardiff Singer of the World Competition. Other recent highlights include evening recital at Wigmore Hall, London and performing the three Schubert song cycles at the Two Moors Festival in Devon. He will return to Wigmore Hall in November where he will perform in a showcase for Samling Arts alongside Nicky Spence, James Newby, Elin Pritchard, Olivia Warburton, and Christopher Glynn.

His chamber-music engagements include performances in the UK and across Europe with instrumentalists Luke Hsu, Clio Gould, Maggie Faultless, Timothy Ridout, Laura van der Heijden, Jamal Aliyev, Joy Lisney and Marcin Zdunik. He has performed live on BBC Radio 3, BBC World Service, BBC 2’s Proms Extra, BBC Radio Cymru and S4C. This week, Jâms will be engaged at the 2019 Cowbridge Music Festival’s Chamber Music Week, which brings together ten exceptional chamber musicians from all over the UK for a week of intensive rehearsals and concerts in Cowbridge.  On Thursday 19 September, he will perform Beethoven’s Piano Trio in D Major, Op 70, no. 1, “Ghost” in their “On the Shores of the Danube” concert, and on Friday 20th, in a celebration of Clara Schumann, he will perform Piano Trio, Op. 17 by Clara Schumann herself and Piano Quintet, Op. 44 by her husband, Robert Schumann.

For enquiries regarding Jâms’s availability and repertoire, please contact: sioned.jones@harlequin-agency.co.uk