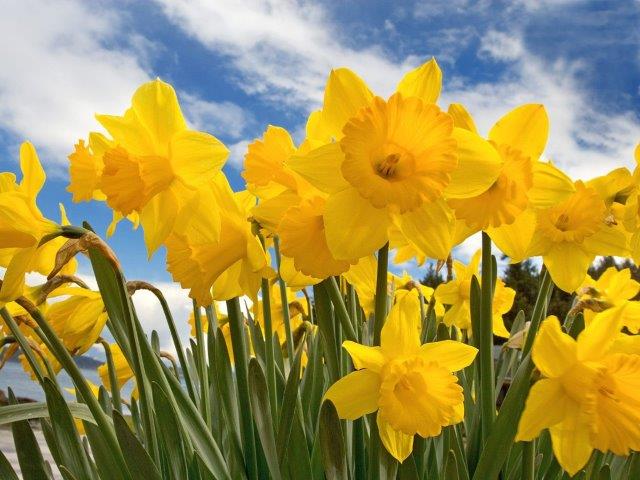 This year, St. David's Day promises to be a remarkable occasion in Cardiff as the BBC National Orchestra and Chorus of Wales and the National Youth Choir of Wales, conducted by Gareth Jones, are joined by acclaimed Welsh bass-baritone Bryn Terfel for an afternoon of Welsh Song.

"I haven't been able to be in Wales on St David's Day for many years so I'm really excited to be returning to St David's Hall, Cardiff on March 1st to celebrate in an afternoon of Welsh classics."

Wales is known as 'the land of song'. What influence did this have on your decision to become a professional singer Menna?

Every aspect of life in Wales feels like it has a musical element or a connection - whether it's people singing to themselves on the street, singing proudly during a rugby match or competing in Eisteddfodau - I feel like I have been constantly surrounded by music and singing.

The harp is known as Wales’ national instrument. What made you choose it as your instrument Hannah?

Well I chose the harp by accident more than anything really! I was offered the opportunity to learn at primary school with the peripatetic teacher and I jumped at the chance. My parents were very supportive and luckily for me I loved it from the beginning. I tried the triple harp once, I was awful! I felt dizzy and totally disoriented with the three rows of strings. I think people who play the triple harp are so skilled. One row of strings is hard enough, let alone three!

Do you get the chance to promote the harp beyond Wales?

Yes my work takes me all over. I travel all over the UK on a regular basis-the mess in my car would probably confirm how much time I spend in it! I have also travelled further afield including trips to Tokyo and the Salvi harp factory in Italy.

What would you say is your greatest achievement/highlight as the royal harpist so far?

I have been so fortunate to have had many opportunities since been appointed as Royal Harpist so it’s quite hard to choose one thing! Certainly being invited to play at the NATO Conference Dinner at the Celtic Manor is something that stands out. It was hosted by Prince Charles and included delegates Barak Obama, Angela Merkel and David Cameron. Sadly I’m not even sure that Obama was in the room when I was playing! But it was such an exciting day knowing that we were able to be a tiny part of a huge event.

How did you both celebrate St David's Day as children?

Hannah: We had the school eisteddfod which everybody was required to take part in. If I’m totally honest most of us would moan and complain about being involved (especially as we got older!) but I think deep down nobody minded too much because we were all a part of it, even the children and students who had no interest in the arts. It's so important that this tradition continues as it's such a big part of our culture.

Menna: We would dress up in primary school as little welsh ladies in traditional dress.For the first few years this was fine but by the age of 9 or 10 I was a good head taller than everyone else and looked a little ridiculous! Sadly I moved to an English secondary school and this tradition did not continue.

It was very strange not being in Wales but I really did feel at home. These wonderful people, so far from their roots, could speak Welsh better than me and some of them hadn't been to Wales for over 60 years, if ever. It really inspired me and made me think that traditions and things that I take for granted really do need to be cherished and practised to keep them alive.

You are currently enrolled on a postgraduate course in opera in Leipzig, Germany, do you get back to Wales often?

Are you looking forward to the St David's Day concert at St David's Hall this week Hannah?

Yes definitely! I'll be playing the third movement from William Mathias's Harp Concerto. His contribution to the harp repertoire both solo and chamber is quite invaluable. His writing is so exciting and vibrant yet also quite contemplative and reflective at times. Having been fortunate enough to play as part of the BBC National Orchestra of Wales on a couple of occasions I'm really looking forward to having the opportunity to perform as a soloist with such a wonderful orchestra.

How did you go about picking your repertoire for the concert Menna?

In a concert like this, you have to choose music that fills you with joy and a sense of pride of being Welsh. Cymru Fach immediately sprang to mind as it is all about being proud of being Welsh, even if you are far away from the country itself. It always makes me very happy when I sing it and one can't help but get carried away with the emotion and “hiraeth” which it conjures up. My second piece isn't such a happy song but I think it is one of the most beautiful and moving melodies in the Welsh repertoire. Ynys y Plant, talks about the loss of a child's life and a mother explaining where this child goes after death.  It is extremely moving and emotional and I expect to see a few tears in the audience!

Do you have a favourite Welsh composer Menna? If so, who is it and why?

I don't have one sadly! I am a great fan of Meirion Williams, especially Pan ddaw'r nos, because of the atmosphere that he creates in the accompaniment but I haven't explored enough repertoire to say who is my favourite! I need some more Welsh music!

If you weren’t singing opera, what do you think you’d be doing now?

I really enjoy travelling and learning about new cultures and new languages and I think it would have to be something to do with that.  Either that or pharmacy which was the original life plan- I think I chose the better and more exciting option! We'll see how I feel in 5 years’ time.

Hannah, I understand that if you did not play the harp, you might have followed a career in the food industry – Will you be making anything special to celebrate St David’s Day? What is your favourite Welsh dish?

Well I’m not sure whether I would have been able to or not but I certainly am a bit of a foodie!! I will definitely be making some welsh cakes if time permits! If I had to pick one welsh dish it would probably be cawl - I know it’s a bit predictable but when I make it myself its different all the time because I never stick to a proper recipe and stick in whatever is to hand, I never get bored of it! Perhaps if I was being a bit more adventurous I would go to Swansea market and get myself some cockles and laver bread and get creative!

The concert will be broadcast live on BBC Radio 3, BBC Radio Cymru and BBC Radio Wales. Concert highlights will be televised on S4C on March 8 at 7:30pm.

S4C's programmes are also available to view on demand on BBC iPlayer.